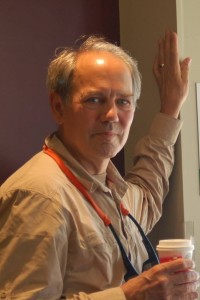 Greg was instrumental over many years in developing the Conservation Action Planning (CAP) methods and tools, has facilitated over 100 conservation action planning workshops, and is the author of Landscape-Scale Conservation — A Practitioner’s Handbook.  He organized and led the Conservancy’s Efroymson Fellowship Program from 2000 to 2006, which engaged over 200 project teams from 49 states and 15 countries in workshops to develop conservation action plans.  Greg has facilitated many workshops involving multiple project teams with diverse groups of stakeholders, including series of workshops focused on marine areas, coastal and estuarine systems, and varied terrestrial ecosystems.

Since 2007 Greg helped develop, test, apply, and expand the use of a methodology for enhanced CAP, now called landscape conservation forecasting.  These tools include satellite imagery, ecological models, quantitative metrics, computer simulations, and cost-benefit analysis to determine which conservation strategies will most efficiently conserve and restore ecosystems in landscapes ranging from 50,000 acres to over 1,000,000 acres.  Greg is proficient in using the Vegetation Dynamics Development Tool and ST-Sim for computer simulations of alternative landscape management scenarios.  He has facilitated numerous ecological modeling and conservation planning workshops with federal land management agencies, private landowners, and other stakeholders.  He is lead author of Enhanced conservation action planning: assessing landscape condition and predicting benefits of conservation strategies, in the Journal of Conservation Planning.

Greg has also led varied innovative applications of the CAP framework, including:

Greg has worked on developing numerous environmental scorecards, dashboards, and software, including a streamlined version of the CAP Excel Workbook called turboCAP.

Greg has an A.B. in Economics from UNC-Chapel Hill and an MBA from the University of Virginia.